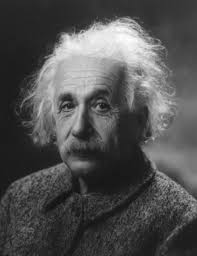 Well-trained and well-respected scientists, philosophers, and mathematicians old and new examining perception and sensory functioning in humans are mostly clueless about what is looking through their eyes. Yes, this is a bold statement.

Most scientists assume their eyes are personal and individual, never exploring or questioning what’s actually looking through their eyes…at the nature of identity. Most scientists and philosophers assume that relativity is a truth, a given. Dr. Albert Einstein, skeptical of relativity and sensing and intuiting there was truth beyond the brain/mind, continually battled within himself searching his true nature…questioning his own identity….as those with deep intuitions may do.

He could not make the final leap to see beyond the brain/mind, as much as he passionately tried, to see the flimsy beliefs holding together the concepts of time, space, location, distance, and gravity as misperceptions of the brain.  Sadly, the powerful brain will not let go of deeply held beliefs which perpetuate the very illusion of separation and reinforce the idea of a separate self, and this is especially true for the highly educated. Rene´ Descartes, for example, could not shake the powerful beliefs of his brain/mind and thus encouraged his peers to digress even further into duality by revering and esteeming the brain/mind view of reality.  He concluded: “I think – therefore I am”  because he could not intuit any intelligence beyond the brain/mind. He could not intuit the perfection available beyond the brain/mind.

As a result of Decartes’ flawed conclusions, the imaginary world of conceptual, relative, and subjective beliefs and concepts cloud and color every spontaneous appearance of what is. Do you see the flaws in his deductions?  Are you willing to see the flaws?  Likely, the brain/mind will protest these words, will look away, will discount the suggestion that it -the brain/mind – is the problem and yet is perfectly perfect in its habit of claiming separateness.

So what is the nature of reality, consciousness, perception?  Rational or relational knowledge leads scientists to believe they possess a personal consciousness and personal sense of perception. Intuition, however, points towards a greater and unknown realm of knowing which the mighty and all-knowing intellect will never access given the intellect’s relative or rational framework. This leaves the majority of scientists clueless about their actual nature and identity, about what is perceiving, so their studies and observations are informed from this flawed collection of relative and rational perspectives and beliefs.

The nature of perception, awareness, and consciousness is a tricky topic since the overwhelming majority of humans are certain they have a separate and personal consciousness, perception, and awareness, with most scientists agreeing. From what I have seen directly, scientists fail to grasp that their eyes are not personal or individual eyes.  And because nearly all scientists believe they are observing reality with personal eyes, their scientific data and conclusions are skewed – based on false beliefs.

What we label reality is a unitive, indivisible, uncaused, spontaneous, edgeless illusory appearance of impersonal consciousness, and it is not possible to divide consciousness into seven billion little individual units of consciousness. The widely held belief in a personal identity or personal self makes it appear as real and true, but from what I have seen, this is certainly not the case. This belief in a separate, individual self is the root of all suffering.

There is only this…here…appearing as an edgeless, undivided, and spontaneous illusory dance of impersonal unconsciousness…even though the brain/mind fiercely believes otherwise.

As babies and small children, nothing appears separate and discreet, they perceive what is as a unitive field of subtle energy. This is the joy and vibrance expressed by toddlers and small children who do not yet believe themselves to be separate or to have separate eyes viewing the world.

As we grown through toddlerhood and childhood, the brain/mind begins to continually claim ownership of a personal body, personal mind, and a personal life with personal possessions. Many toddlers love to shout the word “mine!” when they are taught to claim a body as their body, and what is appearing as belonging to a separate “me.”

Quantum physics is now demonstrating the brain/mind’s claims and beliefs in separation and separateness are indeed false, which echoes the unitive and ancient teachings of Jesus the Christ, Lao Tsu, the Buddha, Wu Hsin and other many other dreamscape characters proclaiming there seems to be only impersonal consciousness manifesting as illusory forms and formlessness.

When seeing and deeply exploring the folly of the brain/mind, it occasionally becomes quite clear, and deeply, deeply troubling, that there is no separation between the observer, the observing, and the observed. There is only sensating and perceiving of appearances of an illusory unitive, impersonal aware energy projecting as aware presence, as the illusory “I am” into forms and formlessness.

What’s looking through your eyes?