We’re conditioned to perceive life/reality as unfolding inside or outside a person/body. This caged way of perceiving life is held by the vast majority of humans and is the root of all emotional and psychological suffering. It’s been said by many folks, many times…with our thoughts we create our world. This is how the brain/mind works…conceptualizing, rationalizing, and objectifying what is perceived…and this is how we are programmed and trapped in the mind’s naming, claiming, and labeling cage.

After the unspeakable perceptual shift here in 2011, I noticed the perception of reality was replaced with a simple timeless, indivisible, immeasurable, unmovable, impersonal lens. I saw clearly…our beliefs and thoughts create and inform what we perceive as reality or life. 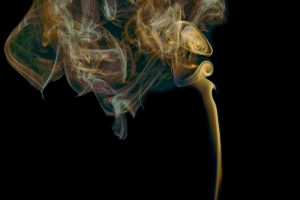 Before the awakening, I believed I was enclosed within a body as a separate and individual anita.  After the shift, I no longer perceived life as being contained and enclosed within the edges of a human fleshiness named anita. I appeared to extend as far as the eye could see…edgeless, undivided, unbounded, still, and vast.  There are no boundaries to the anita character anywhere…just fleeting appearances of edgeless, seamless, undivided, and timeless aware presence, a metaphorical canvas of no-thing-ness and not no-thing-ness…spontaneously appearing/not-appearing as uncaused and fleeting impersonal awareness.

Seekers ask what is “seen” when my eyes are closed…since I have to use words to communicate, it like this…appearances dissolve into a brilliant-yet-inky silent and aware endless void…the same aware, silent, and inky void present when consciousness ceases and the body appears to die. The felt experience of the anita character is of unbounded and overwhelming sorrowful gratitude that anything at all appears upon the silent stillness.

I know it sounds crazy and as a character would not have believed or conceived of this shift of perception fifteen years ago. These unspeakable shifts of perception and identity appear to arise spontaneously and to no one in particular, ignore words claiming otherwise!  There is no cause and effect in play here, life seems to appear here, now, spontaneously, edgeless, and uncaused.

I understand why the misunderstood and those perceiving differently (including artists, musicians, saints, and sages) are often ridiculed, reclusive, or sedated and locked in mental institutions. Society is generally fearful of what it does not understand or what is outside the leaky edges of normalcy…and the going consensus, whatever the majority agrees upon, is labeled normal.

Perhaps we might consider, even briefly, the nature of what is… a vibrant aliveness we call reality or life…perhaps even consider the scientific evidence suggesting humans are misperceiving themselves and the world. This is a sadly funny exercise for the few who question reality. Quantum physics attempts to describe and explain the unexplainable and unspeakable shift in perception in terms of probabilities and collapsing waves and particles. Words and descriptions move us away from the essence and into our thinking brain/minds so give attention to the intimate feelings of awareness — just don’t claim awareness as your awareness!

What you are…is…what you are…improvement is not possible or needed…as the “you” is simply impersonal awareness, always aware presence, appearing as a vast and edgeless field of fleeting potentialities.  Yes, most misperceive what is and believe what is to be distinct, measurable, and operating within time and space. I have seen the folly and felt the suffering of these tenacious and socially endorsed beliefs.

Our perceptions and sensory experiences are shaped by conditioning, the influences of society, science, religion, philosophy, and various tribal and ethnicity beliefs. There are many perceptual lenses and ways of seeing. For a simple example, just imagine seeing life with the fresh and clear eyes of a pre-verbal toddler…seeing life/reality as a little child sees it…undivided, spontaneous, outside of time, unmeasurable, and fleeting.