The Universal Energy Field (UEF) permeates all space, all animate and inanimate objects, and connects all appearance of objects to others objects.

Our chakras are the power centers that connect and navigate between the world of our physical, mental, and emotional bodies and the unseen world of energy.  First discussed in the ancient Hindu texts as well as many spiritual traditions, including acupuncture, yoga, and meditation, our chakra wellness holds the key to our physical, emotional, and spiritual wellbeing.

In ancient India it was believed that chakras are wheels of energy corresponding to nerve centers in the body. Each chakra contains tangles of nerves and major organs as well as our physical, emotional, and spiritual states of being.

The Human Energy Field (HEF) is the manifestation of the universal energy that is intimately involved with all human life.  The HEF can be described as a luminous body that surrounds and interpenetrates the physical body and emits a radiation called an Aura.

The human aura is that part of the Universal Energy Field associated with the human body. The aura is divided into layers, often call bodies. 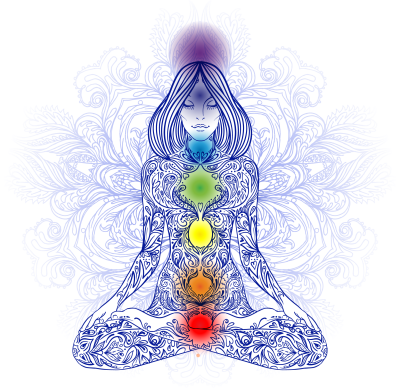 The main functions of the chakras are as follows:

Stones for Chakra Clearing and Balancing

Throat Chakra – Sensory relationship with all foods, smelling, tasting, chewing, swallowing, hearing, breathing, talking. Eating prayerfully, aware, in harmony with metabolism.  Appreciating the ability to have choices about what goes into your mouth and digestive system.

Third Eye Chakra – Red and purple foods and fruits, berries, vegetables and spices to stimulate and protect, chocolate and other foods to maintain and stabilize moods, healthy foods to enhance concentration, sleep, clarity and focus.  The synthesis and detriment of alcohol, caffeine and drugs on the body and brain.

Chakras and their Archetypes – Ambika Wauters