Self-Inquiry is the practice of directing focused attention to thoughts and objects, to the fundamental consciousness of being.  We experience this beingness as ‘I am.’  Practicing self-inquiry we question the nature of all beliefs including  “I am a separate being, with a separate awareness and consciousness.”

The inquiry process appears to rattle or jolt the human brain/mind into looking back at itself…examining all the information that has been collected to support the notion that I am a separate being in a world of other beings. The practice exposes every perceived and cherished concept, idea, belief, and fact, including the concept of being a separate self in a discreet and tangible world of subjects and objects.

Questions arise… “Who or what am I? What is the brain/mind and how does it exert such a powerful influence over life?  What is consciousness, it is personal, conceptual?” Are we separate selves with a separate consciousness in a world of subjects and objects?

There are a few pilgrims deeply motivated to examine the beliefs, concepts, and assumptions around a personal or separate identity, though these few are certainly not the norm. Here is a small sample of questions…

Who or what am I?

Only you can go within (self-inquiry) and search the brain/mind for all the beliefs and concepts you hold so near and dear to your personal identity. Any beliefs you hold will surely keep you lost in a personal self and insure you believe you are a separate being inside a world of subjects and objects.

Nonduality teachers, sages, and awakened writers can only point towards what you already are – here – now – beyond the relative brain/mind’s projections. As with all appearances, inquiry simply arises spontaneously and uncaused and is claimed as an individual experience by an illusory separate self. Inquiry appears to destroy all ideas, concepts, and facts about you, family, society, legal, religious, spiritual, and scientific beliefs.

Once the invisible threads binding time and space are uncovered, it seems obvious there was never a personal self, only a vaporous projection of an ineffable, indivisible, uncaused, spontaneously appearing nothingness projecting itself as a dreamy illusion of Itself as Itself. 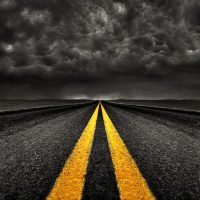