Many times as a young child I noticed an aliveness, a benevolent impersonal presence, while outside or alone in a quiet space. This presence was comforting…like an invisible close friend at my side during all the turbulence of childhood and young adulthood. I was minimally parented and greatly abused by clueless alcoholic gypsies in the mid-1950s, 60s, and early 70s posing as occasional sober Southern Baptists.

In quick order, like most young women in the 1970s, I married not long after college graduation, and we launched our careers and new family…welcoming two daughters and a son during the 1980s.

In 1983, on an ordinary day, while rocking my colickly six-month-old daughter, my brain/mind fell completely silent — providing an unexpected earthquake-like glimpse of something I would later understand to be impersonal awareness aware of itself. I noticed and felt a surge of powerful electrical activity moving through the body, yet it seemed familiar, loving, and intelligent, but with an amped-up feel from the benevolent impersonal presence I felt as a child. 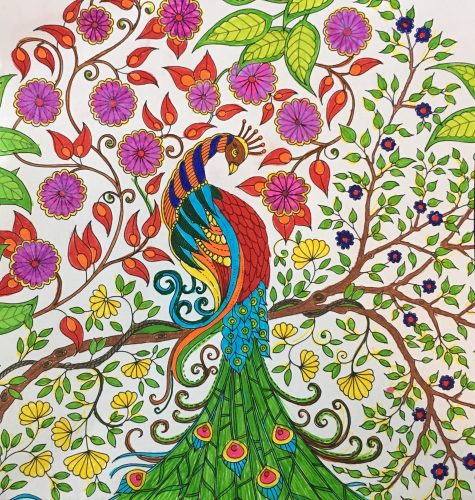 Years later on the spiritual path, I felt less and less comfortable subscribing to the traditional patriarchal Christian church doctrine so I studied the mystical Christian teachings of St. John of the Cross, Meister Eckhart, and St. Teresa of Avila. I read about the dark night of the soul and instantly related to the sheer terror of dismantling the personal self. I continued teaching Sunday School for adults and children at a local Christian church, and leading several Bible study and women’s groups.

Several decades of practicing yoga, along with frequent kundalini energy work, silent meditation, and inquiry seemed to calm the body and further quieten the brain/mind. I noticed longer spans of deep solitude and occasional glimpses of satori. Yet the sensory experience was still claimed as a me having the experience as a separate and personal self.

Knowing intellectually that satori, enlightenment, and near death experiences were experiences of a brain/mind, I maintained a rigorous self-inquiry as to “who” or “what” was having satori experiences and who or what could be realized or enlightened. Between 2001 and 2011 many blissful states of satori appeared, with the personal identity thinning out into a gauze of unicity. The last shreds of a personal identity along with the desires, personal beliefs, and attachments to family, physics, and finally, a relative God, fell away. Perception was perceiving itself as awareness… as the timeless, edgeless, appearance that mysteriously reflects and projects an illusory Anita as a momentary appearance.

Believing myself to be separate for 53 years, I finally saw clearly I was simply and appearance as impersonal awareness perceiving and reflecting through the prism as a momentary light-body character of Anita.

Like a pile of dead and dry leaves, the ideas, perceptions and beliefs I cherished and held about myself as Anita were blown away like leaves in a fierce wind. Yet nothing was lost nor gained.  Only misperceived.  I am awareness, presence, sensations, imaginings, and textures of the character appearing now (linear time fell away) as a woman, wife, mother, and business owner.

A few months later in early 2012, I rented a cabin in the mountains for a month of seclusion to write, laugh, cry, and walk in nature. The last beliefs to evaporate were a belief, a hope, a longing… that impersonal awareness could be perpetual, permanent, and exist beyond the illusory moment. This was the biggest, deepest, most buried, and painful belief to challenge….as nothing, and not even a glimmer, a whisper, a shadow, or an echo, nothing, nothing, would remain…or could remain. How could there be anything beyond this appearance here now unless a belief in time is still running?

Without the  the beliefs and concepts of a (relative) brain/mind, separation is not possible. Hidden under the concepts and beliefs of the brain/mind radiates and vibrates the aware presence that simply is. One without a two…only edgeless, infinite and timeless aware presence. What more can be said?  The utter and devastating aloneness of this intimacy perfumes the illusory air as a joyful sadness. Nothing remains, and not even nothing.

And there is no solid ground upon which to stand, even for a fleeting moment…just a spontaneously uncaused, aware presence appearing as an imaginary moment, reflecting, dissolving, and yet, not even that.