Nondual philosophy slowly migrated to the United States as the foundational teachings of many ancient Eastern spiritual practices for perceiving and experiencing a peaceful life. This fundamental foundation includes the teachings of Zen, Tao, Vedanta, and Sufism, along with the mystical Christian teachings of Jesus the Christ, St. John of the Cross, Meister Eckhart, St. Teresa of Avila, as well as the Perennial Wisdom literature and teachings. 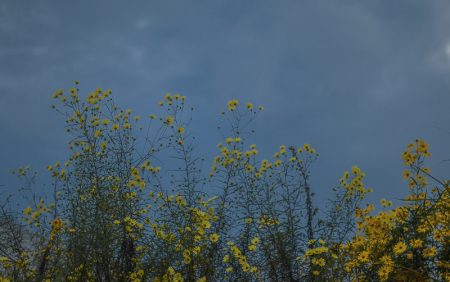 Modern nonduality teachers like J. Krishnamurti, U.G. Krishnamurti, Alan Watts, and Ramana Maharshi pointed towards nonduality by exposing the illusory veil of self-identity to the latest generations of nonduality speakers, teachers, and writers in the US and around the world.

The personal ego, forming around the age of 12 – 24 months begins the programming from parents and caregivers to name, label, and claim appearances in reference and relation to itself as the seeing.

This budding little ego continually and relentlessly works to promote itself as it grows in accumulating what it labels as facts, truths, identity, and knowledge of itself and what it perceives and labels reality. This little ego is innocently taught by parents to misperceive awareness and claim it as personal too, being clueless about the impersonal nature of awareness.

As it grows, the little ego claims ownership over the body and brain/mind, just like its parents and grandparents appear to do. In most spiritual traditions, dogma encourages and supports a personal ego or personal self to make choices towards one belief system or another to preserve the personal self after death, not understanding that all is the impersonal play of awareness in an illusory dream of itself as itself.

Truly, a personal self can never be enlightened or self-realized since the personal self is simply an illusory projection by the brain/mind to perpetuate the existence of itself. There are only momentary appearances of impersonal awareness, if anything appears at all.

First, we must first look directly at the nature of our perceiving, our perception, since it informs the nature of the light we see/perceive with the eyes. And we mistakenly believe awareness to be personal to “us” to a “me” since it feels so intimate and seems to originate within the center of the body/brain. But this is not so, it’s only a story we’ve believed and never questioned.

Quantum physics clearly shows there is only awareness and it is not personal nor limited, nor can it be located to a specific GPS location, even though it often feels close. The brain will argue otherwise, since the brain’s main task is to claim a personal ownership of awareness and claim what is appearing each moment as happening to a “me.”

You may or may not be asking these deeper questions of identity and philosophy. No worries. If you are pulled towards this path of inner inquiry you will notice you’re reading nonduality books and in a self-inquiry group peeling the layers of beliefs.