The human brain is programmed to spew all manner of beliefs, concepts, and intriguing tidbits but not to a separate or personal you. Seeing, hearing, tasting, touching – all perceiving and sensating is mental in nature even if biological in truth. What is is an appearance of edgeless, seamless, uncaused, no-thing-ness appearing, reflecting, and refracting as aware presence, or consciousness as a dream of itself. 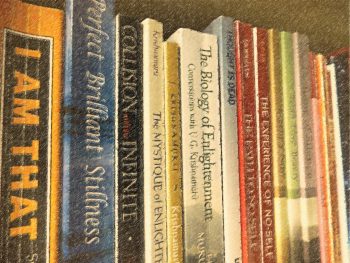 This life appears so real and tangible when we believe “we” are a subject, a separate self, observing or seeing what is appearing as “other” or objects. There is no separation between “what is seeing” and “what is appearing to be seen” unless you are claiming and living as an imaginary personal or separate self.

You’ve never been separate, distinct, and tangible. Notice the brain/mind  rise up and strongly protest these words. Of course, this is to be expected as the brain is wired to be self-referential – keeping you believing you are a separate person living in time and space in a real world of subjects and objects.

What you are, what I am, is unspeakable…indescribable…beyond aware presence or consciousness. And yet not even nothing actually exists, has ever existed…only appearances of awareness/consciousness dancing and playing as this appearing and disappearing dreamscape.

The notion of “changing” (for instance…let’s say changing from unawakened to awakened) is only possible when believing the concept of time. If there is no time there can be no change, no lasting solid substance to any appearance.