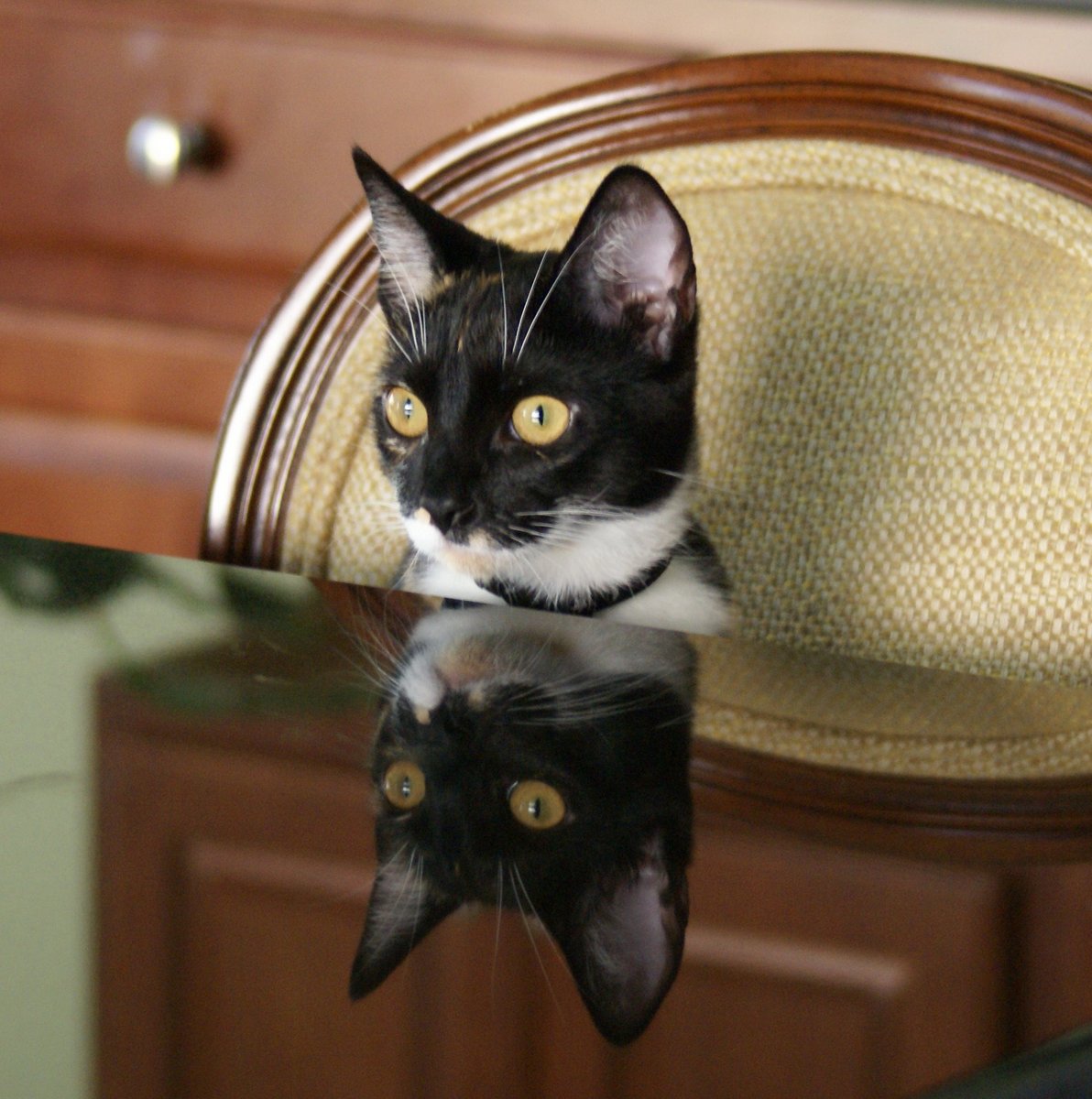 I was stuck in an Identity Trap for decades believing I was a separate person with a personal awareness and ability to make decisions. Of course, believing that I was a separate being also ensured I was often suffering, longing, and discontent with what is happening.  I define the Identity Trap as a core set of self-referential beliefs and concepts which perpetuate the false sense of a separate and personal identity living in a time-based reality.

Reinforced by family, society, educators and dogma, these consensus beliefs and concepts veil the natural flow of impersonal consciousness always here, now, as this breath.  We overlook and ignore this perfect aware presence, this perfect momentary peace by veiling it with a personal identity and concepts of time and space.

Not too long ago I lived in dread, near constant panic, and hideous fear.  Perhaps you too have longed to be free of mental and emotional suffering and feel the joy of a carefree child.  Instead, you’ve been living in the prison of the brain…measuring, judging, comparing, and dividing life (what is appearing) into buckets of goodness and badness and being mostly clueless that categorizing life into good and bad actually creates suffering and pain.

You’ve probably never known there is another way to live, a different way of perceiving life that feels neither suffering or pain. My website describes my journey to deep inner peace.  It describes what I’ve learned and seen and how living in the land of thoughts and beliefs kept me in mental and psychological suffering.

For nearly five years I lived in a garage apartment over death flailing in an abyss of darkness not easily described with words. The identity as a separate person as Anita fell away along with all the beliefs, concepts, and judgements I cherished over more than fifty years.

Questioning all my beliefs (through self-inquiry) and seeing how these consensus beliefs built my mental world of opposites finally set me free — mentally, emotionally, intellectually to embrace what I am and what seems to be appearing as this dream of life.

The Paradox – You are already that which you are seeking…how many times have you heard these words and shook your head in disbelief?

Most seekers use the brain/mind, the intellect, to seek the true nature of what we are, I did until I was shown the folly, and in doing so, we fail to find what we are so earnestly seeking. What you are is already present, here, now, as this infinite, edgeless, aware presence. Truth flows so intimately as beingness that we simply miss seeing it, preferring to live in the land of thoughts and concepts projected by the brain/mind.

This book is a collections of stories and lessons I uncovered as I walked the pathless path and I offer these to you to point you towards noticing the pure aware presence you already are and help you see how the brain keeps you believing you are a separate being.

The personal identity as a separate Anita was seen directly beyond the programming of the brain and I was brought to my knees surrendering to the true nature of being. Seeing beyond the relative mind, I point towards the perceptions holding you hostage to thoughts and beliefs and help you see how the mind keeps you believing you are a separate self where a separate self has ever existed.

There is no goal or endpoint here, no prize for uncovering what you already are. There is no suggested path to follow, no higher levels of spirituality to attain, no enlightenment or special guru status, and no attempts to be a better human.

For those committed at all costs to seeing truth, an inner light dawns that there is simply surrendering, softening, inquiring, and leaning in to what is here, now, appearing as this, as consciousness, as perfection, as peace, equanimity.

I immediately saw that spiritual beliefs and experiences of Satori are the last and most tenacious concept and beliefs to dissolve. Silence and an ineffable original urging moved me towards the one final exhale which appears to occur when Consciousness turns to look at Itself as Absolute Consciousness. This final seeing of true nature is not an experience at all but a deep and absolute knowing from a place beyond the mind and intellect, beyond relativity and duality, beyond beyond.

This seeming turning or pivoting (words are inadequate) of Awareness “to look at Itself” cannot be initiated by the illusory seeker. It cannot be initiated at all, nor is there a prescription for uncovering and seeing what simply is…as it is… appearing now.

In the aftermath of this seeming pivoting and breaking apart in 2011, it was as if a thin veil of Saran Wrap was removed from in front of and behind of my eyes.

The brain continued as a necessary functional instrument for navigating the lenses needed for concurrently appearing as my body, Consciousness, and Absolute in the illusory dream of Itself.

After, I lived alone and secluded for several painful years as the cleaning and realignment of the cellular structures continued within this illusory little body. These cellular changes felt incredibly real and very painful though known to be imaginings of the brain since time was seen as an illusion.

Adjusting to living a fully human experience of this moment while also dwelling as deep inner peace and stillness was an awkward period — much like learning how to skate naked on ice…to be both upright and graceful.  Appearances seems to appear and were seen from a totally new perspective as the belief in being a personal self simply evaporated.

Awareness Consciousness was seeing its reflection as a prism of light through Anita’s body.

This was an abrupt realization even though I intellectually knew the personal self had to dissolve in order to see what was shining clearly just beyond the filters and beliefs of the brain.  While I had been a pilgrim for decades, nothing prepared me for this shattering. I rested quietly on the bedroom floor for days, not interested in eating, going anywhere, or talking with anyone. Now, the sadness, aloneness, and the joy are entwined with every moment of life. To clarify…all the emotion of being fully human still appear and are perhaps even heightened a bit.

If you’re living in a bliss and nirvana bubble you have not directly seen the oblivion I’ve seen.

Unfortunately, many are caught up in the bliss and nirvana game and are teaching enlightenment or realization. This is also unfolding in the illusion but there is no such thing as realization or enlightenment for any individual. The belief in individuality, singularity, is what perpetuates the belief in separation and dualism.

How can a separate person reach enlightenment or realization? It’s ridiculous to think an illusion might become substantial, true, or otherwise solid, though you may enjoy the new age kool-aid and the kumbaaya.

Stillness and inner peace are always present. Human emotion and actions flicker momentarily upon the infinite and edgeless screen of silent, still, peace as appearances, and yet the imaginary screen is never disturbed. The peace is like a clear and calm lake on a windless day. Smooth as glass.

As Awareness dies into Itself with each exhale, It knows, absolutely, that THIS is all it has ever been and will ever be in the Dream of Itself. Just a twinkling of light upon an infinite screen of itself.

The paradox is overwhelming to a brain attempting to comprehend. No individual preferences. Who is there to prefer? What is preferring? Yet preferring occurs.

The illusory character has preferences of course, but Consciousness knows the character to be Itself. How else can Consciousness experience Itself unless it dreams eight billion momentary reflections of Itself?

This was the hardest loss to bear: no individual experiences of God or Creation. How could there be birth and death when the concept of time was seen simply as a belief? No individual savior or redemption available anymore. Just Awareness and Oblivion. As a lifelong Christian pilgrim, it was the hardest belief to question and the very last one to dissolve.

I still love Jesus the Christ as much as ever and now understand why his teachings made no sense – ” A camel through the eye of a needle?”  Paradox is the tool used to inflict shock to the brain and stop it for a moment while it contorts and attempts to understand the not-understandable.

So what remains after the purging has burned through the beliefs and contents of the individual identity? What remains, if anything, is an embodied illusory being through which Awareness impersonally appears in the twinkling of an eye, for the length of a momentary breath, as a brilliant and unfathomable glimmer of perfect, edgeless, infinite light.