Thanks for stopping by to explore my writings. I’ve been a disciple of Jesus, the Christ, my entire life, and now in my sixth decade, I’ve come to live with the teachings of Jesus in a whole new light.  I had no idea Jesus was a nondualist, and by that term, I mean seeing and perceiving all appearances of life as a unicity — as described by the Perennial Wisdom Teachings. In light of awakening in 2011, and embracing the Perennial Wisdom teachings, I offer you this website.

Like most folks, I once believed what I see with my eyes, hear with my ears, touch with my skin, and taste with my mouth is real tangible, solid, and endearing. One random day in late 2011, Grace/Jesus the Christ/God, a universal force beyond me, detonated a Truth bomb inside my being. Some call the awakening an enlightenment experience as once this appears, the personal self is seen as illusory.

From that point forward, I could only comprehend life as an appearance, a fleeting dream-like illusion without any lasting substance, including me, as a separate body, witnessing this amazing life-like appearance.

We seldom question the myth of being separate, nor question a world of apparent opposites, and what is appearing.  We convince ourselves there is a spiritual search, a quest for inner peace, for supreme truth, for everlasting redemption of our sins and omissions. Yet, in Truth the story of a me and a separate-self-existing-though-time never actually exists. If there is anything at all beyond this momentary appearance of what is, it is a mental story and not Truth.

There is only infinite, edgeless, awareness appearing as an infinite radiant light energy of absolute perfect stillness.

For these reasons, the Perennial Wisdom Teachings are not going to make any sense based on the relative knowledge we humans have accumulated about how the world appears and functions.  I’ll even go so far as to say these teachings appear to be so radical, so outside the box of conventional wisdom, we initially label the Perennial Wisdom Teachings as silly or irrelevant.  Yet the Jews and the Romans, both religious sects within Judaism, hung my Jesus on a cross for His nondual teachings. Time usually brings new perspectives, and today, many praise and recite the teachings of Jesus the Christ every week in worship services around the globe. 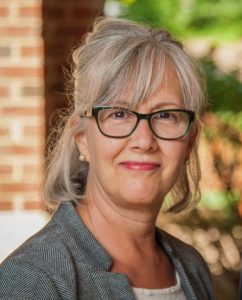