(1955–1997) was a writer and teacher about spiritual enlightenment, known for her sudden experience of self-realization which she wrote about in her book Collision With the Infinite: A Life Beyond the Personal Self.

Two years after her shift into a “sense of unity,” Segal relapsed into the uncomfortable state of constant anxiety she had first experienced. At this point she returned to exploring psychological themes from her childhood which included recovered memories of abuse and persistent migraines. Shortly thereafter, in 1997, Segal’s health began rapidly deteriorating, and she was diagnosed with a malignant brain tumor. She died two months later that year, leaving many questions about the root cause of her experience unanswered.   source – Wikipedia 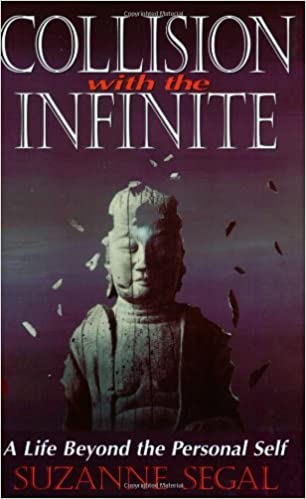 When asked Who I Am, the only answer possible is:
I am the infinite, the vastness that is the substance of all things. I am no one and everyone, nothing and everything— just as you are. – Suzanne Segal

From the perspective of the infinite it is obvious that the individual self absolutely does not exist. The idea that we have a self that controls, arbitrates, or is the doer behind our actions is absurd. – Suzanne Segal

The individual self is nothing but an idea of who we are. Ideas are ideas – and nothing more.  – Suzanne Segal