Wei Wu Wei is one of my favorite Perennial Wisdom teachers.  Getting straight to the point, he wastes no time on frills.

“Disciples and devotees…what are most of them doing? Worshipping the teapot instead of drinking the tea!”― Wei Wu Wei 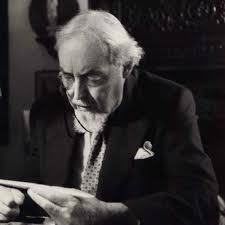 “Terence James Stannus Gray was born in Felixstowe, Suffolk, England on 14 September 1895, the son of Harold Stannus Gray and a member of a well-established Anglo-Irish family. He was raised on an estate in the Gog Magog Hills outside Cambridge, England. He received a thorough education at Ascham St Vincent’s School, Eastbourne, Eton and Oxford University.

Early in life he pursued an interest in Egyptology which culminated in the publication of two books on ancient Egyptian history and culture in 1923.  After he had apparently exhausted his interest in the theatre, his thoughts turned towards philosophy and metaphysics. This led to a period of travel throughout Asia, including time spent at Ramana Maharshi’s ashram in Tiruvannamalai, India.  Between the years 1958 and 1974, eight books and articles in various periodicals appeared under the pseudonym “Wei WuWei.” The next 16 years saw the appearance of seven subsequent books, including his final work under the further pseudonym “O.O.O.” in 1974.   Wei Wu Wei influenced among others, the British mathematician and author G. Spencer-Brown, Galen Sharp, and Ramesh Balsekar.
From Wikipedia: https://en.wikipedia.org/wiki/Wei_Wu_Wei